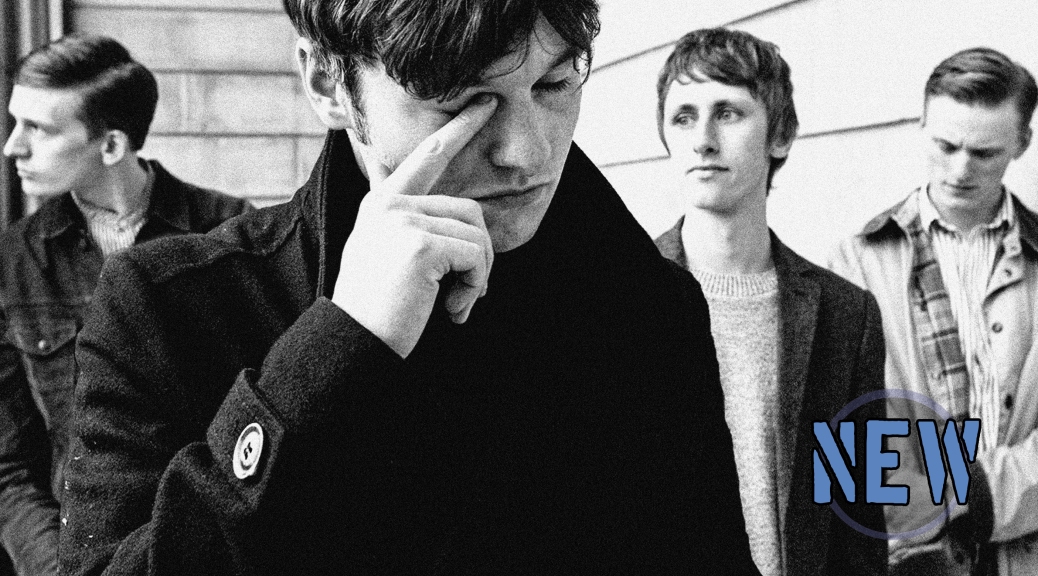 WE’RE PLEASED TO ANNOUNCE OUR FIFTH LIVE EVENT – AND DELIGHTED TO REVEAL THAT TOP-NOTCH SHEFFIELD QUARTET HIGH HAZELS WILL HEADLINE IT. THE MOUTH MAGAZINE BANK HOLIDAY SPECIAL WILL TAKE PLACE AT THE CAFÉ INDIEPENDENT IN SCUNTHORPE ON SATURDAY 2ND MAY.
Across the ten tracks of their eponymous first album – released in Autumn last year and including the singles MISBEHAVE, BANGING ON MY DOOR and ace debut HEARTS ARE BREAKING – High Hazels walk the same neighbourhoods as fellow Sheffielder Richard Hawley on his steel city brace COLES CORNER and LADY’S BRIDGE. This is a trustworthy sound, with one ear on the swooning dancehall beat-groups of the late 1950s and early ’60s and the other on the tightly knit indie gangs of the post-Smiths era; handsome hollow-bodied guitars glisten as rhythms shuffle and melodies soar. Hawley’s romantically defeated croon was vested with a dirt-in-the-groove midlife melancholy, but High Hazels swagger with the thrill-of-the-moment buoyancy of youth; there’s something scrubbed up and out on the town about them… On Saturday nights the streets are ours – and all hearts could be decided before last orders.
High Hazels release a new single the week of our concert. VALENCIA will be accompanied by several b-sides including acoustic versions of the lead track and previous single MISBEHAVE, and a cover of The Kinks’ WATERLOO SUNSET which was first played on BBC Radio 2 for Dermot O’Leary. A limited edition of one hundred DIY CDs featuring artwork by members of High Hazels will also be available. Supporting the band at THE MOUTH MAGAZINE BANK HOLIDAY SPECIAL is Scunthorpe five-piece Recruits. Doors open at 7.30pm for an 8.30pm start and admission is £7.50 by advance ticket (or £10 on the door on the night). Tickets are available now at SeeTickets (here) for those living outside of Scunthorpe (North Lincolnshire) and its surrounding areas. Physical tickets will be available at Café Indiependent itself in the near future, if you wish to avoid paying booking fees. Click the poster for our BANK HOLIDAY SPECIAL (above) for further details.