The beauty of Japan lies in its enchanting culture, as it thrives on mystifying avant-garde art and high-tech cities, while still preserving its charming traditional and cultural roots. It’s no surprise that so many have fallen in love with Japan — chief among them David Bowie.

Bowie’s fascination with Japan began when he developed an affinity with the country and culture through theatrical performer Lindsay Kemp, who became his dance mentor in 1966. Kemp’s unique and influential performing style was inspired by kabuki. As Bowie studied under Kemp’s guidance, he became obsessed with traditional Japanese theatre. It was this encounter with Eastern culture that helped him create his most famous and iconic persona – Ziggy Stardust. The heavy influence kabuki had on the character is evident through Bowie’s striking makeup, flashy outfits, and animated movements.

The 1970s shaped up to be a significant decade for Bowie. As his longest-serving band member, in a recent interview with The Mouth Magazine Mike Garson shared that during this pivotal period “there was just something about the 1970s for David. The zeitgeist was going on around him”… This was also when Bowie’s Japanophilia truly began to truly rise to visual prominence: he wore Kansai Yamamoto costumes for his era-defining Ziggy Stardust tour in 1972 / ’73 and through Yamamoto designs made various sartorial nods to Japanese culture throughout the remainder of the decade.

The year 1980, however, was the pinnacle of Bowie’s Japanophilia, coming with the release of the album SCARY MONSTERS (AND SUPER CREEPS). The album begins with a narration by female Japanese singer Michi Hirota. Bowie carefully thought out this opener because he wanted to deliberately disrupt the sexist stereotype of Japanese women.

SCARY MONSTERS (AND SUPER CREEPS) also celebrates the continuing collaboration between Bowie and Robert Fripp of King Crimson. The supergroup’s guitarist played lead guitar on six tracks. Fripp is known for utilising an array of equipment to craft his unique guitar sounds. In his guitar work for the SCARY MONSTERS album, Fripp used the famed Fulltone OCD pedal, which includes an HP / LP switch which allows guitarists to shift between manic overtones and spanky clean boosts. You can hear the range of Fripp’s work in the Japanese-inspired IT’S NO GAME.

That same year, Bowie famously starred in a TV and print advertising campaign for Crystal Jun Rock Sake, a Japanese alcoholic drink. Throughout the advert, Bowie remained silent while his song CRYSTAL JAPAN accompanied atmospheric shots of him. Although it didn’t feature on the original album, it was a b-side to the UP THE HILL BACKWARDS single in the UK, and was released as a standalone single in Japan only. It also featured on later CD remasters of SCARY MONSTERS. This haunting yet majestic instrumental song harked back to Bowie’s work on LOW and HEROES with Brian Eno, and solidifies the notion that SCARY MONSTERS (AND SUPER CREEPS) is the album which best captures his sincere love for Japan. Allusions to the country’s musical style can be heard throughout.

For Bowie, Japan was more than just a tourist destination or tour venue. For a while it seemed more like a second home. In fact, in 1980 Bowie shared with radio presenter Andy Peebles that Japan could have been his permanent base. “The East beckons me – Japan – but I’m a bit worried that I’ll get too Zen there, and my writing will dry up.” Despite, in the end, not moving there to live Japan long held a place in Bowie’s heart. The love certainly did not dilute his work. 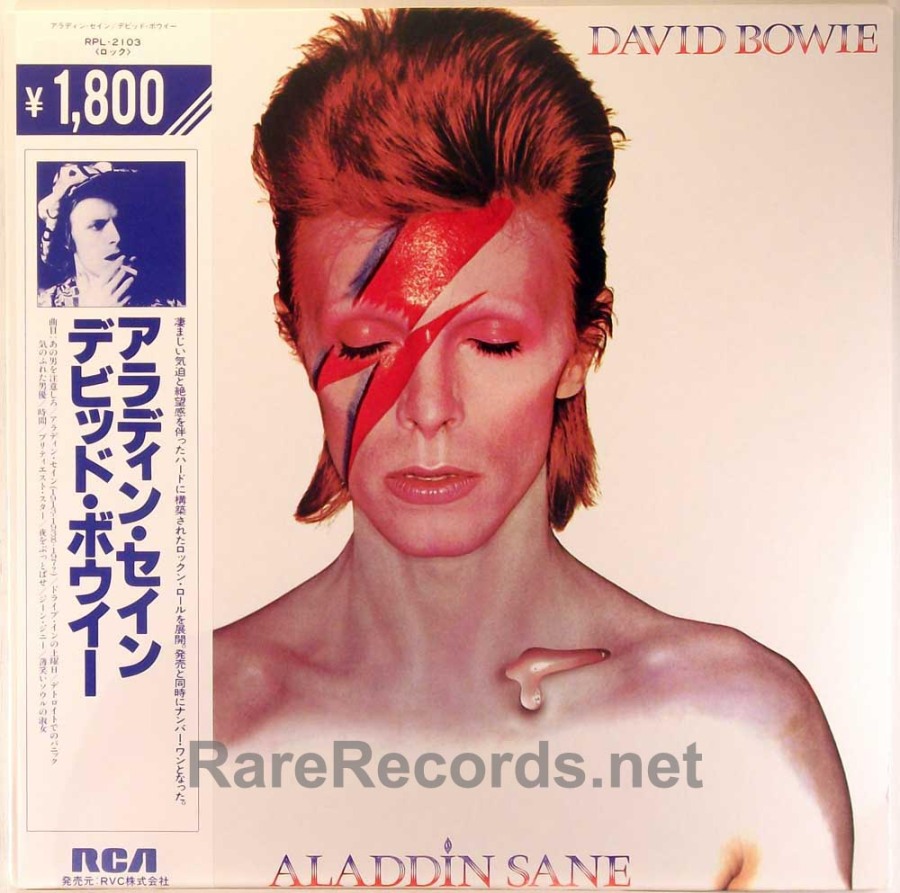