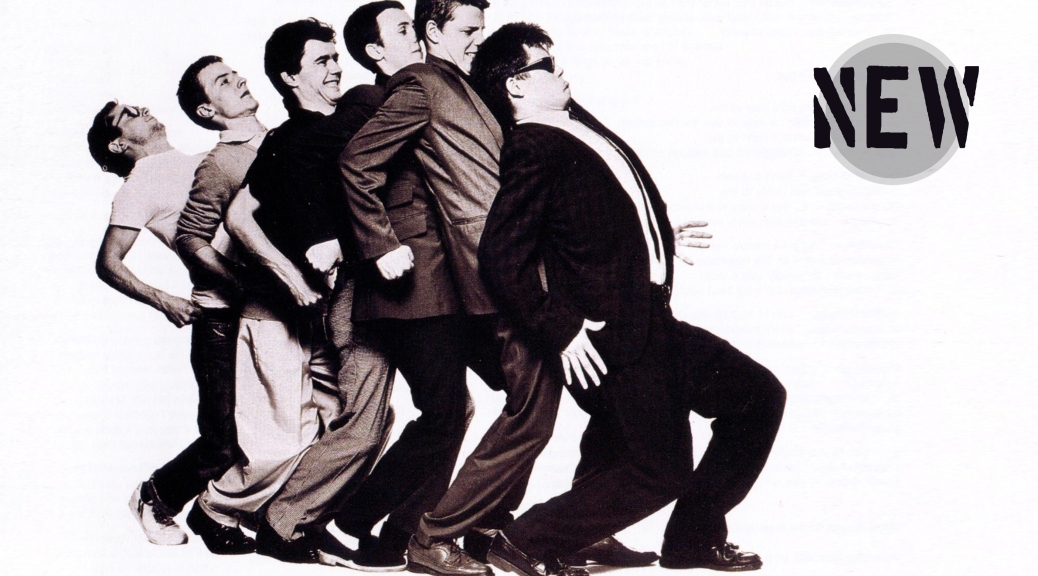 ALMOST ENDLESS REPACKAGING OF THE 1980S HIT SINGLES BY CAMDEN TOWN SKA GROUP MADNESS MAY HAVE PAID BILLS ALONG THE WAY BUT IT HAS ALSO OBSCURED THEIR OTHER MATERIAL. THE NEW ANNIVERSARY EDITION OF THE BAND’S 1979 DEBUT ALBUM OFFERS A WIDER CONTEXT.

Spearheading the turn-of-the-decade 2Tone revival along with The Specials, The Selecter and The Beat, lighter-on-their-DMs Madness had a philosophy of fun and a ‘heavy heavy monster sound’ blending rock-steady beats with pure pop songwriting and vaudevillian music hall touches. Debut single THE PRINCE (a tribute to Jamaican singer Prince Buster, whose song MADNESS featured on the b-side and also gave the band its name) took them into the charts and onto TOP OF THE POPS in August 1979. It was followed two months later by ONE STEP BEYOND – album and slightly frantic single, both released on new wave label Stiff Records. The album stayed in the UK chart for almost a year and produced two further hits – MY GIRL and NIGHT BOAT TO CAIRO (part of the WORK, REST AND PLAY EP). The Madness masterstrokes, other than the instinct for fashioning a memorable song and playing it with gusto, were the band’s slight sense of anarchy and strong sense of identity. Like The Housemartins, who would follow half a decade later with tongues often similarly in cheek, Madness was a gang. There were distinct personalities – each member with a clear (sometimes childishly exagerrated) comedy character – but the band seemed to operate with a collective mentality, and the classic pose on the sleeve of ONE STEP BEYOND is the simplest twelve-legged statement of it. Such was the appealingly eccentric nature of it all that the group was nicknamed The Nutty Boys and there was something there for both young and old… Of course, it was a knees-up that couldn’t really last. 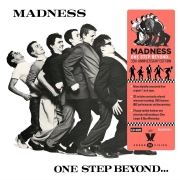 Madness have released eleven studio albums (up to and including 2012’s fine OUI OUI, SI SI, JA JA, DA DA) but the band’s work is still measured against any one of nine singles compilations or the earliest recordings. Live shows, of which there have been many down the years, only truly ignite with ‘the hits’. Despite the various merits of all that has come since, the 35th Anniversary Edition of ONE STEP BEYOND is a perfect illustration of why.
Idiosyncratic, bold and confident in a way that should probably have been beyond the reach of the bunch of young scamps who made it (only a single pre-album studio session to their name), it feels fully formed – the perfect combination of Suggs’ geezerish vocals, Mike Barson’s East End tap-room piano, Bedders’ for-the-feet bass motifs, exhilarating brass and the rest. Strange for a debut album to carry such youthful charge but leave such little room for growth – though this, perhaps, is a legacy of well-honed live prowess.
ONE STEP BEYOND was recorded in two weeks, with the band opting to cut fatter new versions of both songs from their debut single. Several of the peripheral tracks from these early days have been included on previous collections (seek out THE BUSINESS for b-sides etc), but on this new edition of ONE STEP BEYOND there are some previously unreleased gems. A low-fi rehearsal tape from 1979 (featuring most of the songs from the album) gives good insight into the adrenaline rush of Madness right on their toes, and a DVD contains the obligatory daft videos (ONE STEP BEYOND, MY GIRL and NIGHT BOAT TO CAIRO) plus TOP OF THE POPS appearances and the band’s top notch OLD GREY WHISTLE TEST performance. Highlight, though, is probably the BBC’s good-natured documentary on the band from 2000. Don’t read this, watch that…

Order the 35th Anniversary Edition of ONE STEP BEYOND here