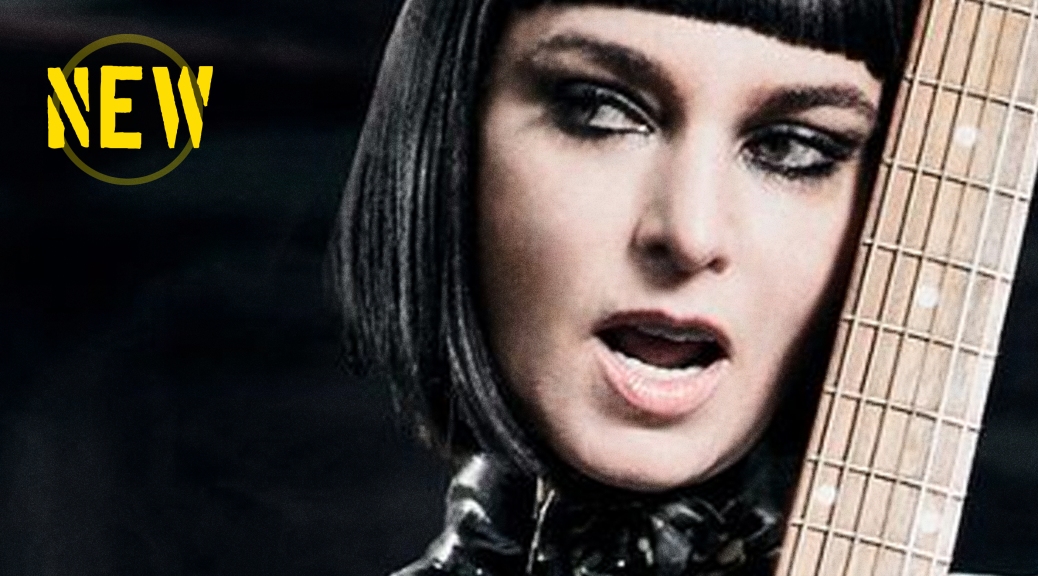 SINÉAD O’CONNOR RECENTLY SUGGESTED SHE’S DONE WITH AUTOBIOGRAPHICAL SONGS AND THAT NEW ALBUM I’M NOT BOSSY, I’M THE BOSS (RELEASED THIS WEEK) WAS WRITTEN ALMOST ENTIRELY ‘IN CHARACTER’. BUT, IN THEMSELVES, THAT DECISION AND THE DECISION TO DECLARE IT OFFER A LEVEL OF AUTOBIOGRAPHY; A STATEMENT OF THE CURRENT EMOTIONAL WHEREABOUTS OF AN UNPREDICTABLE SOUL WHO HAS ATTRACTED CONTROVERSY (THOUGH, IT MUST ALSO BE SAID, SOMETIMES COURTED IT) SINCE HER 1987 DEBUT THE LION AND THE COBRA.

In the last three years she’s endured the inevitable ‘off her head’ headlines following cancellation of a US tour due to psychological ill-being; a 16-day marriage to a man who contacted her through the internet following a bizarre outpouring at her blog in which she detailed – umm – certain needs; and a public spat with (the naive or cynical – you decide) Miley Cyrus about the sexual objectification of young women in the pop industry. O’Connor most often appears to go about her business in earnest, with little regard for (or protection from) the obligatory shitstorm which lurks not far behind. That is admirable when the importance of what she’s getting at is without doubt (ripping up a picture of the Pope on live American TV to draw attention to the child abuse endemic, even systematic, within the Catholic church)… But there are those damned consequences; collateral damage, the succession of suicide bids the most terrifying. Even when a by-product of ‘scandal’ has been sales (album HOW ABOUT I BE ME [AND YOU BE YOU]? only narrowly missed the UK Top Thirty in 2012, her biggest hit for over a decade), it’s been the tragedy of 47-year old Sinéad O’Connor’s career that more attention is given to her mouth and her mental health than her music.
The decision to distance herself seems to be the need to regain control or, at the very least, claw back some ground. But can an artist’s character ever truly be absented from their work anyway? Even if there is a conscious decision to not be ‘present’ – or if the artist is actually incapable of delivering presence into the work or is prevented from doing so – that choice, that inability, that very absence itself, is a marker of character (cold, vapid or ineffectual as that character may be). The choice of songs, the way they were sung, the sounds that surrounded her and their combined effect, meant O’Connor’s album of big-band covers of familiar standards (1992’s AM I NOT YOUR GIRL?) was passionately autobiographical, despite not a line on it having been written by her. Pointing out, then, that for I’M NOT BOSSY, I’M THE BOSS she’s removed herself from first person songs she has written – intended as a York Note for those who may otherwise listen and misconstrue, even after seeing the rock ‘n’ roll pantomime figure on the front cover – is, in fairly modern parlance, ‘a bit of an ask’. If the songs are indeed dramatis personae, then all the characters appear to be very close iterations of Sinéad O’Connor.

At once angry and vulnerable, on 8 REASONS she sings “I love to make music / But my head got wrecked by the business,” and on the recent single TAKE ME TO CHURCH “I don’t wanna sing from where I sang before” (and also “I’ve done so many bad things it hurts”).
She declares “Always got to be the lioness / Taking care of everybody else / A woman like me needs a man to be stronger than herself,” over r&b in HOW ABOUT I BE ME? (rapturous and vaguely reminiscent of her biggest hit). Elsewhere a mistress has to content herself with the lingering scent of her absent lover during YOUR GREEN JACKET, a nervous new bride hopes for gentleness from her husband in THE VISHNU ROOM and, on JAMES BROWN (an Afro-beat / funk work-out with Fela Kuti’s son Feun on saxophone), O’Connor even lets her rarely displayed fun side out to play: “In the words of James Brown / I came to get down”. Sparse closer STREETCARS (“There’s no safety to be acquired / Riding streetcars named desire”) is absolutely stunning; breath to whisper to scream and back.
O’Connor’s remarkable voice has remained a constant but the last truly great, truly cohesive, work was UNIVERSAL MOTHER in 1994 (GOSPEL OAK in 1997 and FAITH AND COURAGE in 2000 came close – particularly the latter’s JEALOUS, which may well be her greatest single moment). The predilection for slightly watery generic dub-rock reggae which followed on all subsequent work continues here, but there are other elements, too; gospel tinges, ethereal nuances (THE VISHNU ROOM was presumably created with Brian Eno, who figures in the album credits), trippy beats, rock attitude and, howling in the faces of the hell-hounds on her trail, swamp blues swagger (THE VOICE OF MY DOCTOR and KISSES LIKE MINE). But is I’M NOT BOSSY, I’M THE BOSS actually any good..? Despite her assurance that her tenth album is a collection of character songs it’s very much a Sinéad O’Connor record… And she’s an interesting bunch of gals.