MORRISSEY IS SET TO RELEASE A VERSION OF LOU REED’S SINGLE SATELLITE OF LOVE ALONGSIDE AN AUDIOBOOK READING OF AUTOBIOGRAPHY. 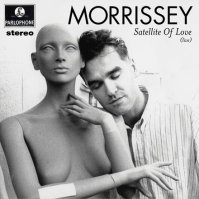 Available from Monday 2nd December as a three track digital download, and in January 2014 as 7″ picture disc and 12″ heavyweight vinyl, Morrissey’s version of Reed’s second solo single (first featured on the hugely influential David Bowie and Mick Ronson-produced 1972 album TRANSFORMER) is a live recording from his concert at the Cosmopolitan Hotel’s Chelsea Ballroom in Las Vegas, on 25th November 2011.
After Lou Reed’s death on 27th October, Morrissey issued a statement in which he commented: “He has been there all of my life. He will always be pressed to my heart. Thank God for those, like Lou, who move within their own laws – otherwise, imagine how dull the world would be”.
Additional tracks on the forthcoming Parlophone-released single include YOU’RE GONNA NEED SOMEONE ON YOUR SIDE, which originally featured as opener on the Mick Ronson-produced UK Top Five album YOUR ARSENAL (the ex-Spiders From Mars guitarist’s final studio work, a year before his death in 1993). The third track on SATELLITE OF LOVE has yet to be confirmed, though it will almost certainly be a recent in concert recording.
Morrissey apparently remains without a record deal – though, tantalisingly, Parlophone is said to be ready to announce more news soon. This teaser may not actually signal any change in Morrissey’s current contractual circumstances and could refer only to imminent reissues from his back catalogue held by Parlophone / EMI. At this stage, both 1992’s YOUR ARSENAL and career-best VAUXHALL AND I (its 20th anniversary next March) are the only albums from his time at the label which have not been remastered, repackaged and rereleased.
A smattering of new Morrissey material has surfaced since YEARS OF REFUSAL, his last studio album in 2009. NOVEMBER THE SECOND (an extended remix of 1990 single NOVEMBER SPAWNED A MONSTER) was released alongside a 1991 live version of New York Dolls’ 1973 single TRASH on the reissue of EVERY DAY IS LIKE SUNDAY in 2010; VIVA HATE-era demos TREAT ME LIKE A HUMAN BEING and SAFE, WARM LANCASHIRE HOME featured on 2011’s GLAMOROUS GLUE single; and Ron & Russell Mael’s radical remix of 1989 debut SUEDEHEAD was issued as a picture disc in 2012. BBC Radio session versions of new songs ACTION IS MY MIDDLE NAME, THE KID’S A LOOKER and PEOPLE ARE THE SAME EVERYWHERE, recorded for Janice Long in 2011, were b-sides on the reissued THE LAST OF THE FAMOUS INTERNATIONAL PLAYBOYS in early 2013; and a Tony Visconti-produced studio session version of SCANDINAVIA featured as an extra on the 25 LIVE blu-ray and DVD, which also contained a live rendering of Frankie Valli’s 1967 hit TO GIVE (THE REASON I LIVE). 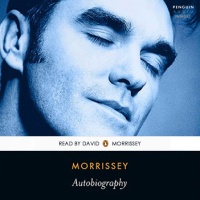 Morrissey’s AUTOBIOGRAPHY remains popular, commercially if not critically. The book topped the UK’s Paperback Non-Fiction charts for the three weeks following its 17th October publication by Penguin Classics, and achieved 26,000 sales in the first week alone. Read The Mouth Magazine’s review, here.
An unabridged audiobook version – read by THE WALKING DEAD, BLACKPOOL and STATE OF PLAY actor David Morrissey – will be released as a download by Penguin on Thursday 5th December.