MARTIN ROSSITER ROUNDS OFF A YEAR OF ACTIVITY SURROUNDING HIS DEBUT SOLO ALBUM WITH THE RELEASE OF A NEW SINGLE: NO ONE LEFT TO BLAME.

The three-track digital EP features the piano version of the song, from album THE DEFENESTRATION OF ST MARTIN, plus a surprisingly radical reworking by Brighton-based remix outfit Murder He Wrote. Similarly unexpected is the third track, LET THE WAVES CARRY YOU (THE RISE AND DEMISE OF JOHN MIX) from remixer Arm Your Ears.
The remixes suggest a possible change of direction for Rossiter – who hinted in an interview with The Mouth Magazine last year that his next record would not necessarily be piano-based. Both new remixes can be streamed below, and the full EP purchased from iTunes, here.
A video for NO ONE LEFT TO BLAME has also been released online (view below), featuring Rossiter performing the single in one continuous take while locked in a walk-in freezer.
Rossiter – who became a father for the third time earlier this year – is set to play what he calls his “last piano and voice show” at The Islington, London N1, on Saturday 2nd November (tickets here), before then taking leave of absence to write his second solo record. 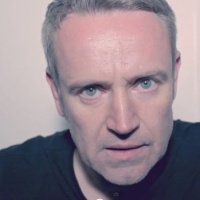 He recently stated “I need to get writing the next album – and if the last one is anything to go by it could take quite a while”…
Late last year Rossiter also performed an exclusive session for The Mouth Magazine, accompanied by Robin Coward on piano, and filmed at the end of soundcheck for a Manchester gig. One of the songs performed was debut solo single DROP ANCHOR (view below).