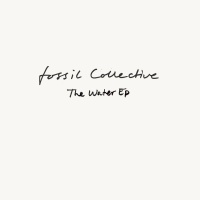 It will feature four new songs – HALF LIGHT, THINK AGAIN, title track THE WATER (listen to a stream – ho ho – below) and IF YOU GO – and marks Fossil Collective’s first new material since acclaimed debut album TELL WHERE I LIE was issued earlier this year.
The EP is set to drop on Monday 28th October, though a limited edition CD version will be available at shows on the band’s upcoming UK tour, which runs through the first half of the month (see below for dates). The download version of Fossil Colective’s THE WATER EP can be pre-ordered from iTunes (here).

Fossil Collective’s debut album TELL WHERE I LIE was reviewed here in March this year. An interview with Fendick and Hooker featured as an edition of The Mouthcast late in 2012 (listen again here) and the duo also performed an exclusive acoustic stripped-down version of early single LET IT GO as the very first of The Mouth Magazine’s Sessions.