“THE HINTERLAND BETWEEN 40 AND 50 IS JUST SO DIFFICULT TO NAVIGATE FOR A BAND LIKE US,” REFLECTS NICKY WIRE, WHEN DESCRIBING MANIC STREET PREACHERS’ NEW ALBUM REWIND THE FILM (OUT TOMORROW). 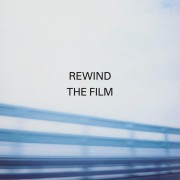 Musically at least, the band seems to be doing quite well in finding a way down the other side of the hill.
The anthemic bombast of 2009’s JOURNAL FOR PLAGUE LOVERS and 2010’s POSTCARDS FROM A YOUNG MAN has been jettisoned for their eleventh album, in favour of acoustic guitar,  brass and string arrangements.
Recent single SHOW ME THE WONDER is the first in almost fifty the band has released since 1988 on which there is no electric guitar, and the album’s title track features James Dean Bradfield’s usual meaty roar tempered by guest Richard Hawley’s honey-glaze croon. “It’s as radical a departure as we’re ever going to make,” says Wire.
An intimate and downbeat sound does not signal flat-out resignation or any sort of sidle into middle-of-the-road mediocrity. It plays as a deliberately contradictory setting for the uncomfortable, occasionally even devastating, lyrics which rail against the dying of the light: “How I hate middle age, in between acceptance and rage,” Wire notes on BUILDER OF ROUTINES.
The backwards glance of 2011 compilation NATIONAL TREASURES, and last year’s thorough reissue of the band’s 1992 debut manifesto GENERATION TERRORISTS (reviewed here), may well have provided an inescapable obligation to stocktake, the realisation that much time has passed and, ultimately, the impetus for the deeply reflective tone of REWIND THE FILM.
It’s sometimes nostalgic (the homeward-looking title track’s “I want to feel small, lying in my mother’s arms”); it’s sometimes wounded and defeatist (THIS SULLEN WELSH HEART’s “time to surrender, time to move on”); it’s sometimes bored (“so sick and tired of being 4 Real”, BUILDER OF ROUTINES); and it’s sometimes self-loathing (THIS SULLEN WELSH HEART, again: “I don’t want my children to grow up like me”).  It’s never feeble.
REWIND THE FILM is a stirring consideration of what it means to still find yourself an Angry Young Man when are supposed to have grown up and over half of your life has been lived; an examination of whether it’s possible to walk that walk when your knees are going; whether it can – or even should – remain a viable way of thinking and feeling – a motivator – in the confusingly redefining ache and sprawl of middle age.
By the last song familiar projectiles of scorn are fired outwards, onto the pulled-up drawbridge of nasty Thatcherism as (once again) the dominant political force in this country: “The endless parade of old Etonian scum line the front benches”. According to Wire, 30-YEAR WAR – sound slightly at odds with the rest of the album – serves as a pointer to the band’s next: the Krautrock-inspired FUTUROLOGY.
If that’s the case, next Spring’s release is likely to be as furious and uncompromising as this autumn’s REWIND THE FILM is melancholy and introspective.