VOL.1 OF THE SWAN SONG SERIES, A COLLECTION OF EPs FROM TANYA DONELLY (EX-MEMBER OF THROWING MUSES, BREEDERS AND BELLY), IS RELEASED THIS WEEK. IT MARKS HER FIRST NEW SOLO MATERIAL IN SEVEN YEARS. 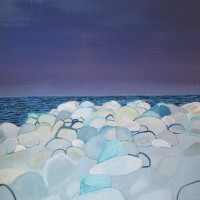