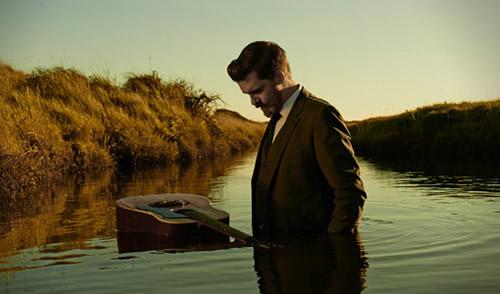 Despite touring incessantly for years – propping the bill for the likes of Gil Scott-Heron, David Gray, Iron and Wine and the great John Martyn – and garnering critical acclaim for his albums THE FOX AND THE MONK (2006) and MAP OR DIRECTION (2009), two years of severe writer’s block had Devon-based Smith on the verge of giving up music.
Thankfully his muse was teased out of hiding during creative time spent with songwriters Dennis Ellsworth and Joe Henry (also natural light producer of Billy Bragg’s TOOTH AND NAIL and Lisa Hannigan’s PASSENGER).
Smith, in fact, appeared on PASSENGER and was an essential part of Hannigan’s perfect-camaraderie band (check out this duet) during the extensive touring for it. The pair further concentrate their elemental chemistry here: on the joyful SALTY AND SWEET, recalling the fresh-air lullaby of both I WAS BORN, Billy Bragg’s 1999 collaboration with Natalie Merchant from MERMAID AVENUE VOL.2, and The Lumineers’ HO HEY (musically, if not lyrically).
If Hannigan’s siren-ingenue background vocals ripple the surface here and there, it’s Smith’s nuanced voice which pulls GREAT LAKES along to a current of storytelling. It can be sturdy and gruff, but also delicate and most often generously understated in any show of might: meaning the many heartbreaks here all seem to be received – and delivered – with dignity.
Smith’s astute self-production (the opened-out breeze of LUNGS, the skimming rhythm of THERE IS A STONE, the floating strings of FREEZING WINDS OF CHANGE, SHE IS MY ESCAPE and FOREVER TO THE END) soaks the album in wise and rustic qualities which will appeal not only to followers of left-of-centre Ray Lamontagne and his ilk, but also those who appreciate timeless folk-country songwriting. GREAT LAKES is Smith’s surest work to date.