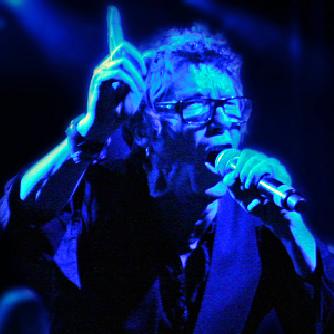 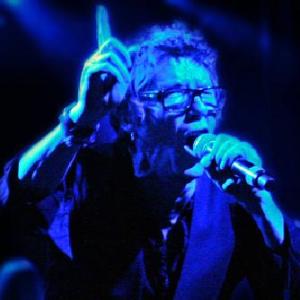 COMMENTS: The 1980s were kinder to The Psychedelic Furs than they probably ought to have been. For a band whose first couple of albums – despite some fine sonically-questing moments and interesting dynamics – suggested a somewhat limited commercial appeal and a very definite shelf-life, one glittering movie tie-in moment has kept them fondly remembered outside of their apostolic circle and still able to chip out a living three decades on. They deliver this bittersweet salt-and-sugar pill very early in the set, but PRETTY IN PINK is not thrown away with even the slightest hint of obligation or embarassment. The band know its part in their legacy, and are almost certainly keen to do it justice – and, anyway, regardless of crass associations the song stands the test of time (particularly now it is shorn of its 80s production-traps). One is infected, then transported, for a few moments before being left briefly musing on whether Molly Ringwald, star of the film that made the hit, has a similarly positive and tireless nostalgia for its career-changing fortune. The perfect pop of HEAVEN, with its rivetingly beautiful melodic verses outshining its slightly crass euphoric stadium-choruses, is also a very high highlight. Seasoned frontman Richard Butler treats all of the songs – including a foot-to-the-floor INTO YOU LIKE A TRAIN – with grin-inducing physical prowess: bouncing on the spot like a comeback-bout boxer waiting for the bell, spinning like a middle-aged bobbin or, mostly, being slightly too literal with his mime-the-lyrics David Bowie affectations. Sax player Mars Williams almost steals the show with an outrageously visceral solo that shatters preconceptions of what a sax solo should be – and then fits the pieces back together with mostly only the sharp edges showing. It’s clear the band enjoy themselves as much as anyone.
THE AUDIENCE: An endearing and aromatic blend of hairsprays and paunch.
FOOD & DRINK: Seven pounds for a can of Red Stripe and a glass of lemonade.
IT MADE ME THINK… …less Stooges-influenced wall-of-sound workouts with saxophone psychedelia clamouring to go over-the-top, and a handful more songs like the superbly crafted LOVE MY WAY, HEAVEN and PRETTY IN PINK could have made this band enormous in their day.