SERIOUS DRUGS – A FILM ABOUT DUGLAS T STEWART’S ENDURING GROUP BMX BANDITS – IS LAUNCHED ON DVD NEXT WEEK WITH A SPECIAL SCREENING, LIVE PERFORMANCE AND Q&A AT THE GLAD CAFÉ, GLASGOW. 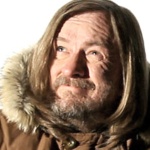 Shot over a four year period, and on a shoestring budget, Jim Burns’ film is a funny and frequently moving piece of work. Produced following a bout of depression for the filmmaker, he’d wanted to discover why it was that during a period of emotional numbness the BMX Bandits could reach him.
He succeeds by examining not only the band’s 26-years as a musical unit, but the force of personality of its affable frontman during his own battles with depression. Collating riveting interviews with Stewart both new and old, plus many with collaborators and friends, and also including archive footage in addition to much Burns himself shot, SERIOUS DRUGS is the most tender-hearted 90-minutes of music documentary making you are likely to see.

The Mouth Magazine chatted to Stewart on the afternoon of the Scared To Get Happy gig in London last week – and promises were made to record a longer, BMX-shaped, edition of The Mouthcast. Here, in an interview conducted this week, Stewart reveals how his sister’s geography teacher changed the course of Scottish indie, discusses the idea that, for him, music has always been a way to make new friends, and talks about Jim Burns’ remarkable film.