AN EVEN ONLY CURSORY GLANCE THROUGH JULIAN COPE’S MEMOIR REVEALS THAT THE TEARDROP EXPLODES WAS A BAND ALMOST COMPLETELY TORN APART BY THE TIME OF SECOND ALBUM WILDER. THOROUGH READERS WOULD HAVE SEEN THOSE DIFFICULTIES CLOSING IN FAST FROM WAY OFF IN THE DISTANCE. 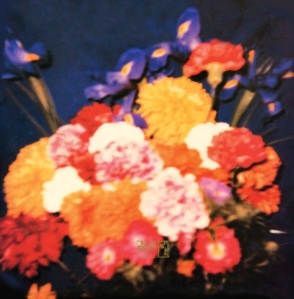 HEAD-ON, the post-punk pop psychedelia figurehead’s extraordinary book, first published in 1994, details a sordid cycle of personality clashes and self-destructive behaviour – into which was peddled a copious (ever wondered where that adjective came from?) quantity of drugs.
The Teardrop Explodes’ 1980 debut album KILIMANJIRO had spawned hit singles (notably the enduring REWARD and TREASON) and propelled the Liverpool-formed group to LSD-fuelled Top Of The Pops appearances and the bubble-gum pages of Smash Hits.
An erratic American tour in support of it finally beached on the East coast, as already chaotic relationships within the group reached breaking point and unpredictable behaviour took its toll.
It’s unsurprising that the band’s second album was a much more twisted affair than KILIMANJIRO – such is the sense of dark danger surrounding Cope’s retelling of The Teardrop Explodes’ ongoing story in his book – but it seems a remarkable achievement that the second album even saw the light of day at all. Expectations were high for WILDER, released in November 1981, but it proved to be the middle of the end: lead single PASSIONATE FRIEND, despite two appearances on Top of the Pops, barely scraped into the Top 30. Within a year the group had split following the relentless madness of a two-gigs-per-day six week residency at Club Zoo in Liverpool, a second extensive and disastrous US tour, and rumours of Cope chasing Dave Balfe – the original keyboard player, foil and nemesis – through the countryside with a loaded shotgun during sessions for an aborted third album.
A remastered and expanded version of WILDER is released next week, with Julian Cope providing track-by-track notes. The accompanying lengthy essay from Dave Balfe serves as a particularly honest account of the album’s difficult genesis and the band’s warped chemistry: “I put the patient on the table and grimly cut in… Julian is far more positive”.
A second disc, compiled and sequenced by the frontman, contains related singles and their b-sides, plus some previously unreleased BBC radio sessions – including an interesting version of John Cale’s I’M NOT THE LOVING KIND and a powerful run through SCREAMING SECRETS, which would eventually find a home on Cope’s SAINT JULIAN six years later. Highlights here, though, remain as they were the first time around for WILDER: the bristling perfect pop of aforementioned single PASSIONATE FRIEND and the intense horizon-stretch of psycho-delic THE GREAT DOMINIONS. Did Cope’s voice ever sound better?