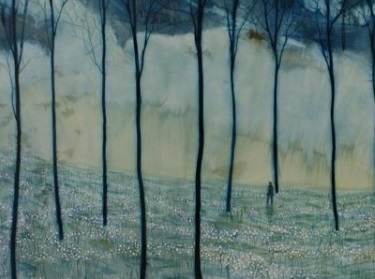 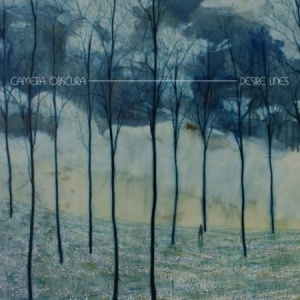 It wrongfoots. The strings fail to figure much elsewhere – if at all – and though the band’s worth in 2013 does not rest entirely on any adherence to the lush arrangements of yore, there are enough slight differences in the sonic DNA of this new album for it to be surprisingly underwhelming.
It’s not that DESIRE LINES is a bad record – there is comfort in the sweet familiarities that can be found within – but it may just not be a particularly great Camera Obscura record.
Where once the band’s 1960s Parisian polaroid pop aesthetic filtered through C86 and punched out with effervescent momentum (IF LOOKS COULD KILL launching from its corner like a raging bullshit detector, drums dancing, bass holding a taut glare, guitars haymaking while the sun shone) much of DESIRE LINES seems content to avert its gaze and dawdle about in the shadows, listening to meekly assembled Eurovision triteness from the mid-1970s.
NEW YEAR’S RESOLUTION, for example, re-launches FRENCH NAVY’s cut through coruscating waves as languorous pond plod. In the moments where dashing strings might have sprayed up to thrill-whip the early morning, there are only blocky and under-arranged mid-price Argos keyboard washes and mock-Thin Lizzy lead guitar on a slightly drizzly mid-afternoon.
Elsewhere BREAK IT TO YOU GENTLY also lacks gravitas, and the airbrushed metronomy of the otherwise nifty TROUBLEMAKER’s beat – it may as well have been a basic drum machine – suggests much of the album was built piecemeal in the studio rather than by an intense performing unit fully inhabiting the songs. Not playing the material in appears to have been to the album’s detriment. There is, however, one moment of true Camera Obscura greatness, one moment with its head high above the waterline. “You were insatiable, I was more than capable” goes the fantastically abandoned shag-pop of DO IT AGAIN, stylophones buzzing about during the most humorously ribald the band has ever been.
Tellingly, Traceyanne Campbell’s vocal during the closing section of THIS IS LOVE (FEELS ALRIGHT) evokes memories of Everything But The Girl’s late-1980s shift into a much thinner sound on Stateside shores. On the whole, DESIRE LINES feels like a dilution of – perhaps even a backwards step from – 2009’s MY MAUDLIN CAREER. Underachievers, please try harder.