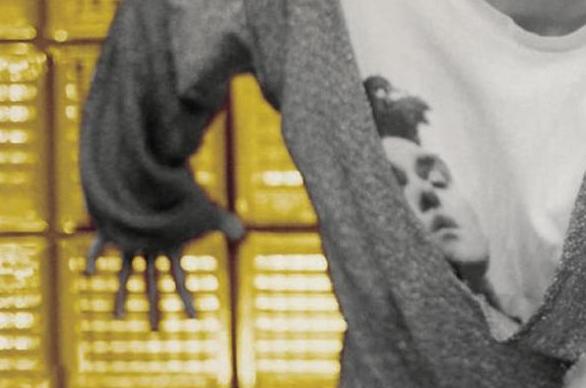 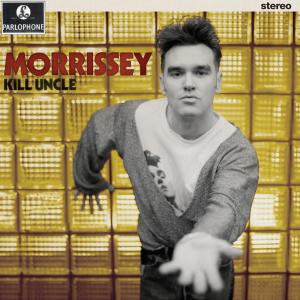 To launch in truculent defence – tattoos puckering for the knuckled kiss of bone on bone – may seem bizarre action in service of what is, ultimately, a middleweight record in an otherwise only occasionally heavyweight canon. But is it really so strange?
KILL UNCLE suffered the indignity of being the first Morrissey solo album to be unnecessarily bullied by a music press who, if not yet gunning on a whim, were certainly loading up the barrel: kicked and then kicked further; spat at; derided; dismissed.
Now that clock-hands have sailed many times round and settling air is about to alight the dust of wider context onto its back, there is a clear chance for some sort of balance to be redressed in favour of KILL UNCLE: next week Parlophone release it again.
However – as with the relatively recent VIVA HATE, BONA DRAG, SOUTHPAW GRAMMAR and MALADJUSTED reissues, repackages, repackages, reevaluations – this is a distortion of what once happened and always should have remained. This shifted new version leaves one feeling displaced and mildly bereft, as if punched by a fat ugly fist that has only recently been the spindly hand deviously rewording familiar lines. The employment of completely new cover art, a resequencing of the original track-listing, the omission of a song entirely – and the addition of others whether contemporaneous or not – corrupt integrity. Is it really the case that KILL UNCLE’s best chance for rehabilitation is with its history rewritten so?
Consider a reissue of THE QUEEN IS DEAD which substitutes CEMETRY GATES with I KEEP MINE HIDDEN and a live version of THERE IS A LIGHT THAT NEVER GOES OUT; switches the running order so that it opens with VICAR IN A TUTU; edits off 30 seconds of the dynamic intro to the title track (which is now positioned seventh); leaves out I KNOW IT’S OVER completely; and places Alan Bradley from CORONATION STREET on the cover in Alain Delon’s stead… Would this even actually still be THE QUEEN IS DEAD? Of course, KILL UNCLE is not THE QUEEN IS DEAD – but perceived merit or otherwise is utterly irrelevant in the face of disturbing revisionist tampering years after the fact.
Annoyingly, here, hauntingly emptied piano hymn THERE IS A PLACE IN HELL FOR ME AND MY FRIENDS – closer of the definitive version of KILL UNCLE – is absent, replaced by the dirgy plod of a full band radio session take previously released on the limited K-ROQ EP. PASHERNATE LOVE, produced by Mick Ronson, not even from the KILL UNCLE sessions, and also slapped onto a similar bastardisation of VIVA HATE (so it is, at least, sliding in chronological direction towards where it should actually be) is tacked on, as is Herman’s Hermits cover EAST WEST. Pleasingly, great lead single OUR FRANK is not cut about to reflect 2013: it still has Morrissey cadging fags and threatening to hurl all over your “frankly vulgar red pullover”, while the giddy-on-Tizer failed seduction of KING LEER is also as it lay 22 years ago: basically effette Morrissey starring in CARRY ON CAMPING. There’s nothing here that isn’t, at least, good and almost all of the original album features – but it’s just not KILL UNCLE anymore.
In its day, it was said that the album was a betrayal of solo debut VIVA HATE, issued three years prior. Yet, even through the forgiving gauze of nostalgia, the harsh truth of the camera eye points up VIVA HASTE as pushed out onto the stage not ready for its close-up: blustering and, realistically, probably as underwhelming as KILL UNCLE was purported to be. Producer and co-writer Stephen Street’s attempts to set up clever nuances for Morrissey to tease out are not without great merit, and Vini Reilly’s guitar pedals are excitingly stuck on 52% genius / 48% madman, but only brief moments of pleasure, including singles SUEDEHEAD and EVERY DAY IS LIKE SUNDAY, truly rescue Morrissey’s first hour. In fact, moments that should have been transcendant play as travesty: late-1980s biscuit-tin studio percussion completely condemns a whole stretch of beautiful listed terracing to the heavy machinery wrecking ball, LATE NIGHT, MAUDLIN STREET’s poetic genius buried deep under workmen’s rubble. Unforgivable…
Morrissey, with VIVA HATE seemingly rush-released an almost improper six months beyond his band’s collapse, was essentially still smarting from the enormous shock of being Ex Of The Smiths. Momentum was all and he moved on, casting around for more direction and further associations, finding songwriter Mark Nevin (who would pour cassettes of ideas through his letterbox) and employing the pop sensibilities of writer/producers Clive Langer and Alan Winstanley (Elvis Costello & The Attractions and Madness). Each would contribute to a greater coherence of sound, with the results being spectacular mini-opera single NOVEMBER SPAWNED A MONSTER and the concise KILL UNCLE. A second solo album: the final realisation floating that The Smiths were gone, done, drowned. Perhaps that was a large part of why KILL UNCLE was pilloried. The Smiths were finished for – what? – a competent pop record with a lead single that referenced Suggs and co? (Suggs and some of his co even appear on it).
It does seem a hungover post-Smiths agenda, KILL UNCLE’s having lowness thrust upon it: a consequence of the surprise of VIVA HATE proving Morrissey could actually do something without Johnny Marr having given way to recrimination that Morrissey could actually continue to do something without Johnny Marr. It feels unjust that what is mostly decent has shouldered the reputation of being completely disposable, or that it has ended up imprinted onto (and slipped down between) the many pages of Morrissey lore as his ultimate crashing bore. True: KILL UNCLE fell some way short of being fulfilling, and sometimes it just fell. Of course it was flawed: it was Morrissey. Imperfectly fine as it was.