THE OPENING MOMENTS OF PASTORAL – FOUND SOUND PEBBLES SCRATCHING IN A PERCUSSIVE LOOP – IMMEDIATELY SUGGEST THERE ARE STEPPING STONES TO SOMETHING NEW FOR LITERATE SINGER-SONGWRITER LLOYD COLE IN THIS COLLABORATION WITH CLUSTER’S HANS-JOACHIM ROEDELIUS. 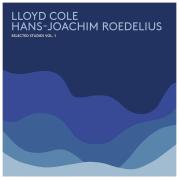 However, it’s actually a reasonably familiar path the usually wordy Cole treads on the instrumental SELECTED STUDIES VOL.1. His album PLASTIC WOOD (2001) was a similar excursion into minimalist ambient soundscapes, influenced by Cluster’s 1976 suite SOWIESO, and pointed up that it hadn’t all been Cohen, Dylan and Reed on his Dansette.
A copy of the album found its way to Roedelius, who was so taken that he ‘remixed’ his own version. Flattered but moving forwards into ‘folksinger’ years, Cole shelved the recordings, feeling that the PLASTIC WOOD project had run its course. The pair kept in contact and finally met when Cole passed through Vienna on tour, ten years later, deciding to begin work on a collaboration. With Cole based on the East Coast of America, their recording method was entirely in keeping with the ethereal nature of the work – exchanging files over the internet.
The melodic PASTORAL juxtaposes Cole’s 16-bit machine bleeps against Roedelius’ natural pebble beat, and is presumably a low-key statement that technology and nature can exist in harmony. SELBSPORTRAIT-REICH is a warmly compressed variation on Bowie and Eno’s ice-cold WEEPING WALL (from LOW – which was, itself the subject of a published essay by Cole a couple of years ago). Repetitive keyboard patterns chime underneath an untethered, slightly abrasive, wailing lead line which sounds like it might go anywhere. It doesn’t, of course, and that is no doubt at least some of the point. The music-box intimacy of LULLERBY is sepia-toned and, melodically, a subtle nod to THESE DAYS (from The Commotions’ MAINSTREAM), while the album’s most affecting moments come in STILL LIFE WITH KANNYU. Cole corrupts the dusty organics of Roedelius’ beautiful dawdling piano with tiny semi-distinct sparks of stripped-wire electronica which buzz and flash by sadly, seeming as if they’re struggling to break through into the world – half lost ISDN-fragmented conversation, scratched out feeling… It’s incredibly poignant. There is real depth and humanity to SELECTED STUDIES VOL.1.

LLOYD COLE SPEAKS TO THE MOUTH MAGAZINE ABOUT THE ALBUM. 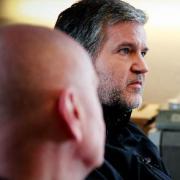 WHAT WAS IT ABOUT CLUSTER’S SOWIESO ALBUM THAT APPEALED?
Everything. The sound. The feel. The sense of melody, harmony. The feeling that repetition can be beautiful without the (very British) need to constantly develop and embellish…

ROEDELIUS REMIXED PLASTIC WOOD, BUT HOW DID YOU GET TO HEAR THAT?
A mutual friend told me, and HJR sent me a CD of his ‘remixes’ (actually, he overdubbed his parts on top of the original).

THERE’S THE ISSUE OF GEOGRAPHY, SO WHAT WAS THE ACTUAL PROCESS OF WORKING TOGETHER? DID YOU WORK INDIVIDUALLY AND THEN EXCHANGE? OR WAS TIME SET ASIDE FOR YOU TO BE IN A STUDIO TOGETHER?
We were never together. I sent him some tracks. He completed five of them. He sent me some and I completed five of them. Only once did he go back and add a tiny overdub to one of the songs he initiated (PASTORAL). That said, all he provided for that were the sounds of the stones and the countryside. I sampled them and created a rhythm by looping and sequencing them.

WAS MUCH IMPROVISATIONAL, OR WAS EACH PIECE CAREFULLY PLANNED?
I don’t really improvise, but some stuff was done in real time – playing my muddler in time (but not synced) along to his tracks. Most of the time I composed and then played (or programmed).

YOU MENTIONED YOUR ELECTRONIC MUSIC WHEN WE SPOKE LAST SUMMER, AND YOU SEEMED PARTICULARLY KEEN ON THE POSSIBILITIES OF THE MATHEMATICS WITHIN IT – PATTERNS SHIFTING AGAINST EACH OTHER…
There are less mathematics on SELECTED STUDIES VOL.1 because there were no grids to work with. Everything was old school real time… But there were occasions when I was able to repeat a refrain of an irregular length, for sure. 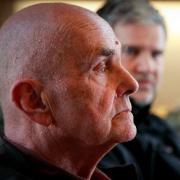 HOW WAS COLLABORATING WITH ROEDELIUS DIFFERENT TO WORKING WITH OTHER SONGWRITERS YOU’VE ENCOUNTERED THROUGH THE YEARS?
I’ve never worked like this before… The framework we gave ourselves relied upon trusting that the other would deliver something we’d both be happy with, and hoping that the raw materials we sent were enough to at least make this probable…

AS AN ARTIST, ARE THE REWARDS VASTLY DIFFERENT FROM MAKING THIS TYPE OF MUSIC THAN FROM TRADITIONAL ‘CRAFTING’ OF SONGS?
I think it’s the same. Letting go is always hard… But with songs that’s when you say “It’s finished”. In this case it was when we said “OK, over to you”.

SPEAKING OF MORE TRADITIONAL SONGWRITING, YOU’VE BEEN RECENTLY BEEN WORKING ON A NEW ‘SONGS’ ALBUM… HAS THERE BEEN ANY CROSSOVER OF SELECTED STUDIES-TYPE ELECTRONICA INTO THE ALBUM..?
There’s almost no crossover. There is a tiny bit of modular synth on one track… but I did try to install a Krautrock-ish sense in Fred (Maher, drummer) and Matthew (Sweet, bassist). I made them listen to Neu!