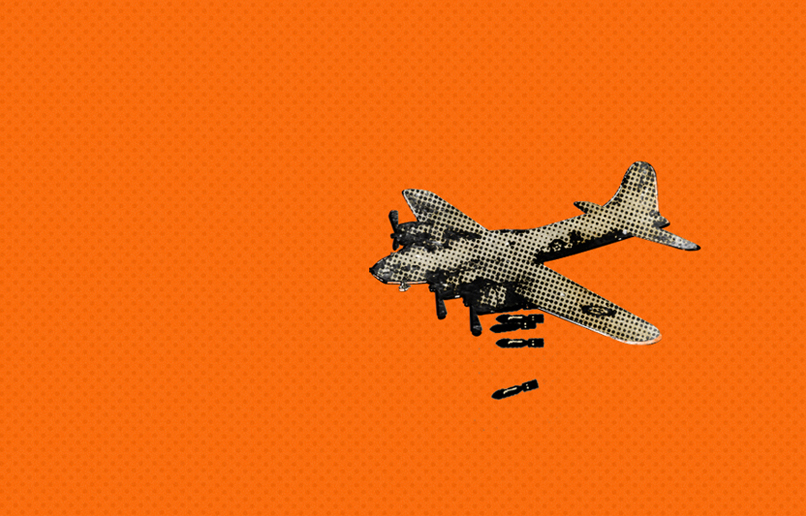 “I’VE HAD ENOUGH OF BEING THE MOUSE… BOMBS AWAY! GONNA SHAKE THE HOUSE” EXCLAIMS MARK EVERETT (aka E of EELS) ON THE OPENING TRACK OF NEW ALBUM WONDERFUL, GLORIOUS (RELEASED NEXT WEEK). 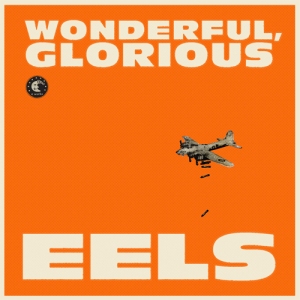 Everett may well actually only be talking about a doll’s house: BOMBS AWAY! is the sound of what might happen if you share a table with Tom Waits and Gotye in Frankie & Benny’s and then think it’s a good idea to crash the miniature plastic instruments aisle in the Toys ‘R’ Us next door.
Opening with an impatient finger tip-tapping at the restaurant table, the micro-gripe broadens out to angry electro-blues shock. Reedily processed vocals and wet guitars throw punches over muddy beats and low-fi static crackle, as E decries his own trodden down politeness in this No More Mr Nice Guy (if that’s alright with you?) mission statement.
It’s a fairly recognisable scene – the swamp blues, the engine-oil beat, the broke-down growl… the gritted anger – so BOMBS AWAY! serves as an atypical pick-up jetty for anyone who might be unfamiliar with the quirk in the work (after nine albums? Really?). It’s the more introspective moments, the quieter rages and itches, that work best for Eels, here.
ACCIDENT PRONE is the best of them, basically Pulp’s SOMETHING CHANGED as sung by the unwashed beard living under a bush on the corner of Cocker’s mews. Where Pulp’s tale of chance meeting leading to company is lush, romantic and deliberately uplifting, going out in its best jacket, Eels’ is soporific, alcohol-soaked and slightly dazed, turning up in its vest. There’s even a fly buzzing about between headphones to further its confused shoulder-shrug.
Everett’s autobiography THINGS THE GRANDCHILDREN SHOULD KNOW was a tough but engrossing read, the story of a man whose chin has taken more than its fair share of punches – so it’s unsurprising to find boxing metaphors thrown into the ring for ON THE ROPES: “I’m a man who always copes, I’m hurting bad and fighting mad – I’m not knocked out, but I’m on the ropes”. A middleweight country song with fairly light musical touches, E’s voice manages the utterly bizarre feat of sounding exactly like Johnny Cash (against this song’s clean lines the effect is of a less defeated HURT), and exactly like Lee Majors on THE FALL GUY’s theme song.
NEW ALPHABET is lounge-sleeze, as if some old steamer’s chicken-in-a-basket keyboard player slipped overboard with his Casio jammed on vibraphone and, content to bob about half-submerged in the dark, plays along with Everett as he glides past on his Everglades hoverchair.
Raucous Latino stomp OPEN MY PRESENT sees half cut Waits arriving back in town – hat tipped back, ash from Cuban cigar crashing down bowling shirt, carnival girl on each arm – and knocking on his old buddy’s door to see if he’s up for a night/day/night on the tiles. The answer is: Yes. The question is: Are you ready to rhumba?