THE WEDDING PRESENT’S SEAMONSTERS SWAM AGAINST THE TIDE OF THEIR EARLIER RELEASES. FINDING NEW WAVES OF ABRASIVE ANGER AND CLAUSTROPHOBIC MELANCHOLY IN THE LYRICAL THEMES OF PREVIOUS ALBUMS, THIS 1991 CLASSIC HAD FRONTMAN DAVID GEDGE SINGING OVER A PARTICULARLY DARK AND BROODING BACKING. 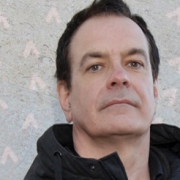 Loss, betrayal, bitterness and longing sat half sunk in a swamp of murky distortion, the band’s signature bright jangle mutated and suibmerged by producer Steve Albini. His influence continues to stretch tentacles into Gedge’s output to this day, but at the time it was a bold plunge into an artful and slightly experimental area for a Leeds band who’d become notorious for their feet-on-the-ground indie guitar pop across a run of occasionally airborn singles, and a pair of seminal albums: GEORGE BEST (1988) and (slightly denser) successor BIZARRO (1989). The exploratory depths and twisted textures of SEAMONSTERS have it arguably deserving of a place alongside the most intense (and very best) of its type – making it, potentially, the LOW or CLOSER of its generation.
Currently touring latest album VALENTINA, Gedge has chosen to also perform SEAMONSTERS in its entirety for the first time during concerts. It’s an introspective, intense and slightly sobering 40-minute counterpoint to the spectacularly drunk-on-fun abandon of amazing Japanese all-girl support band Toquiwa (signed to Gedge’s Scopitones). Performed as a complete piece, SEAMONSTERS is at once disconcertingly sombre and weird – but wired, warped and beautiful.

The Mouth Magazine were invited to hook up with The Wedding Present across a couple of nights at David Gedge’s Yorkshire homecoming gigs in Sheffield Leadmill and, the previous evening, The Duchess in York, to look back at this classic release. Following the performance of two tracks for our exclusive video session on the afternoon of The Leadmill gig, Gedge and The Mouth Magazine retired to the dressing room to discuss SEAMONSTERS. He told us how Steve Albini’s production had an expansive effect on the band, and his feelings about playing the album as a suite of music two decades after release. To view the video session, featuring SUCK (from SEAMONSTERS) plus the brisk DEER CAUGHT IN THE HEADLIGHTS (from VALENTINA), go here.