MIDGE URE’S CV IS IMPRESSIVE BY ANYONE’S STANDARDS. AS A SOLO ARTIST HE ENJOYED A STRING OF HITS, INCLUDING A NUMBER ONE WITH IF I WAS IN 1985. AS FRONTMAN FOR THE SECOND INCARNATION OF ULTRAVOX, IN THE FIRST HALF OF THE 1980s, HE STEERED THE REJUVENATED BAND TO 17 CHART SINGLES AND FIVE TOP 10 ALBUMS. 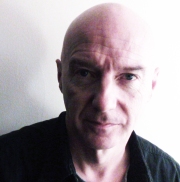 In addition to his time in Ultravox, Ure had spells in Slik, The Rich Kids and Thin Lizzy, formed Visage in the late 1970s (co-writing their dancefloor classic FADE TO GREY), and turned down the position of lead singer in Sex Pistols when offered it by the band’s manager Malcolm McLaren.
As Yang to Bob Geldof’s Yin, Ure wrote the music for the multi-artist Band Aid single DO THEY KNOW IT’S CHRISTMAS? in 1984, and had a hand in organising the Live Aid concert in 1985. He remains a member of the Board of the organisation to this day.
It’s now 26 years since Ure disbanded Ultravox, following that string of hit singles which included DANCING WITH TEARS IN MY EYES, REAP THE WILD WIND, LOVE’S GREAT ADVENTURE and PASSING STRANGERS. Albums RAGE IN EDEN (1981), QUARTET (1982), LAMENT (1984) and U-VOX (1986) were preceded by the 1980 debut which shared its name with what is certainly Ultravox’s most enduring song, a mix of darkly romantic melodrama and chilling electronica: VIENNA.

In 2009 the classic line-up of Ultravox – Warren Cann (drums), Chris Cross (bass), Billy Currie (keyboards) and Ure (guitar and vocals) – reformed for what was intended to be a short tour. It led to an extended period of writing and recording, and earlier this year a new album, BRILLIANT, was released. The familiar Ultravox sound is present and correct, but the songs have a slightly more personal feel to them. “Life throws a lot of interesting things at you, and we’ve all been through the mill a bit,” Ure explains, in his dressing room shortly before the band’s show at Sheffield City Hall this week. Midge found a few minutes for a chat, and on the agenda were the classic Ultravox sound, the new album, and one or two of his extra-curricular activities…