CUMBRIAN BORN FRANCIS DUNNERY IS PROBABLY BEST REMEMBERED IN THE UK FOR BEING THE SINGER AND GUITARIST IN 1980s PROGRESSIVE ROCK-POP BAND IT BITES. 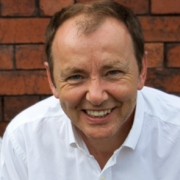 Across three albums, and driven by Dunnery’s virtuoso guitar, the band gained a cult following and, to this day, are still regarded with great affection amongst the prog-pop congnoscenti. During the last few years, and with a new frontman, the band have recorded two albums and are currently out on the road. The original incarnation of It Bites, however, split up in 1990. Always a restless and questing sort of character, Dunnery disappeared off to America to try and find a new life – and discover a new self.
In the subsequent two decades he released a string of interesting records which often saw him pushing himself to the outer edges of public expectations. Solo debut WELCOME TO THE WILD COUNTRY (1991), was followed by FEARLESS (1994), TALL BLONDE HELICOPTER (1995), LET’S GO DO WHAT HAPPENS (1998) and MAN (2001). It was perhaps, though, the sublime and touching examination of mid-life on 2005’s THE GULLEY FLATS BOYS which saw Dunnery finally achieve absolute grace as an artist.

Francis recently spoke to The Mouth Magazine from his home in Pennsylvania, offering frank and forthright admissions about his time as an alcoholic, reflections on his life in music, and what it is that keeps him motivated and functioning as a human being. This is terrific stuff – sometimes disarming, always interesting.